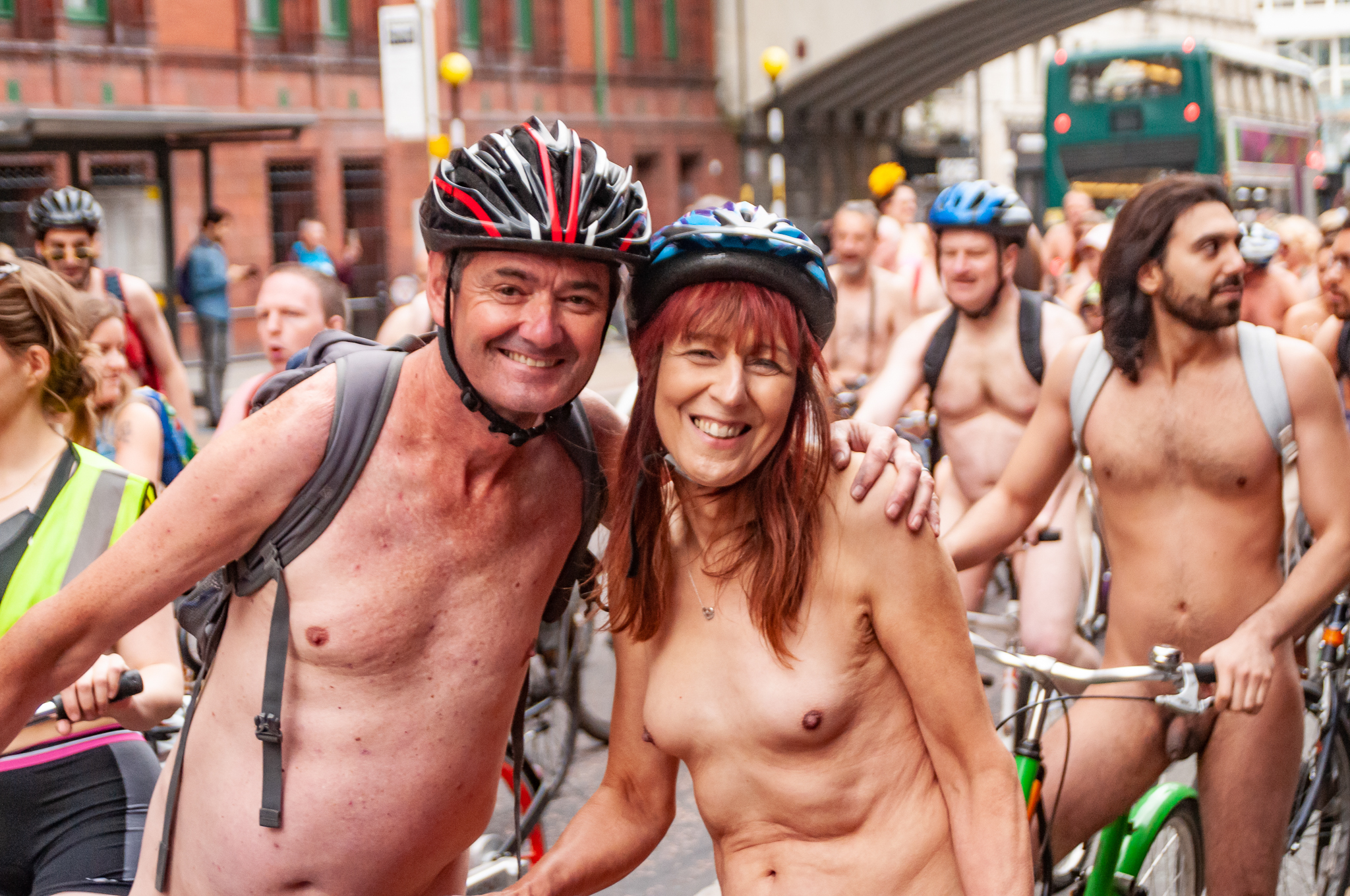 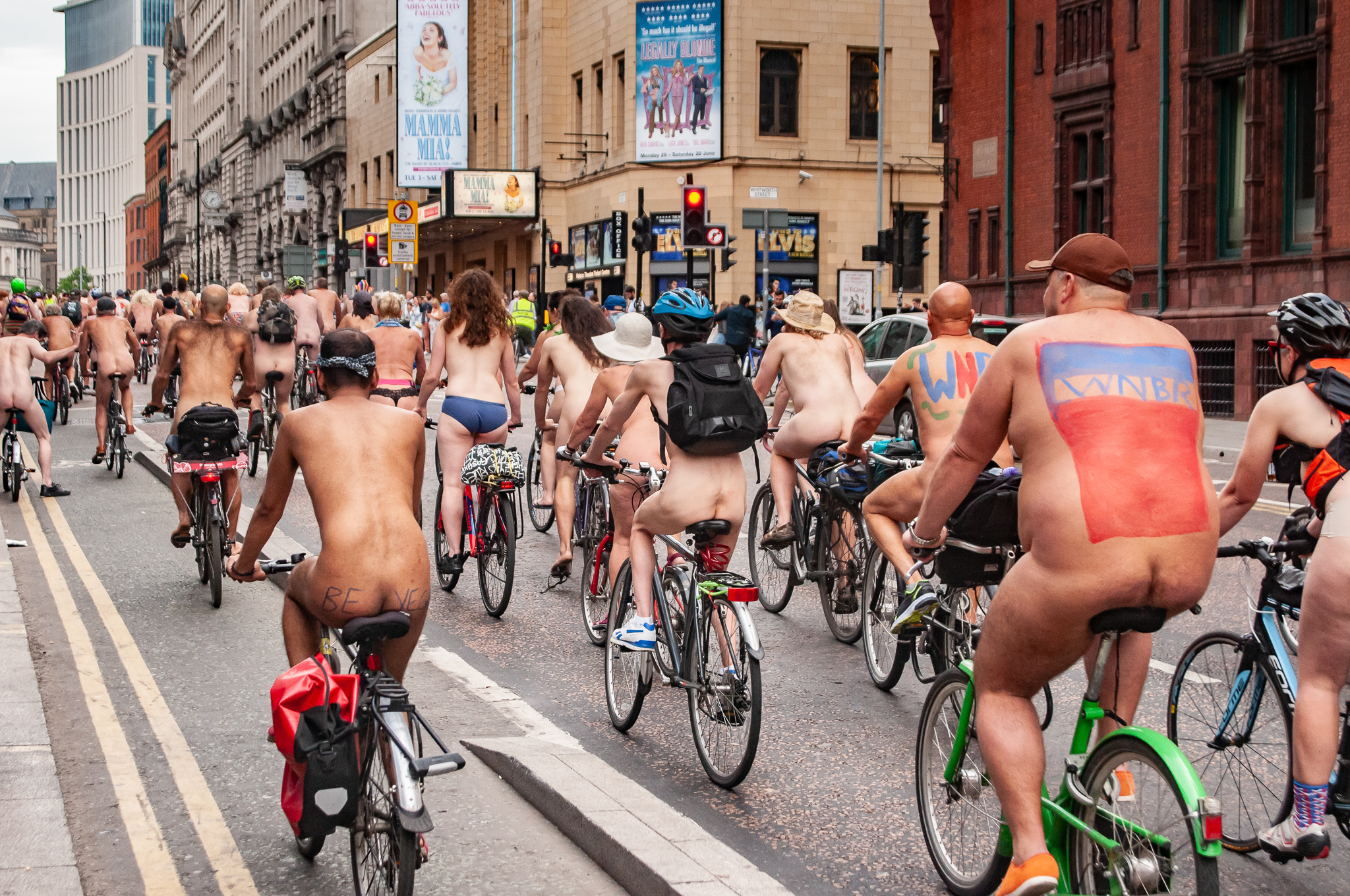 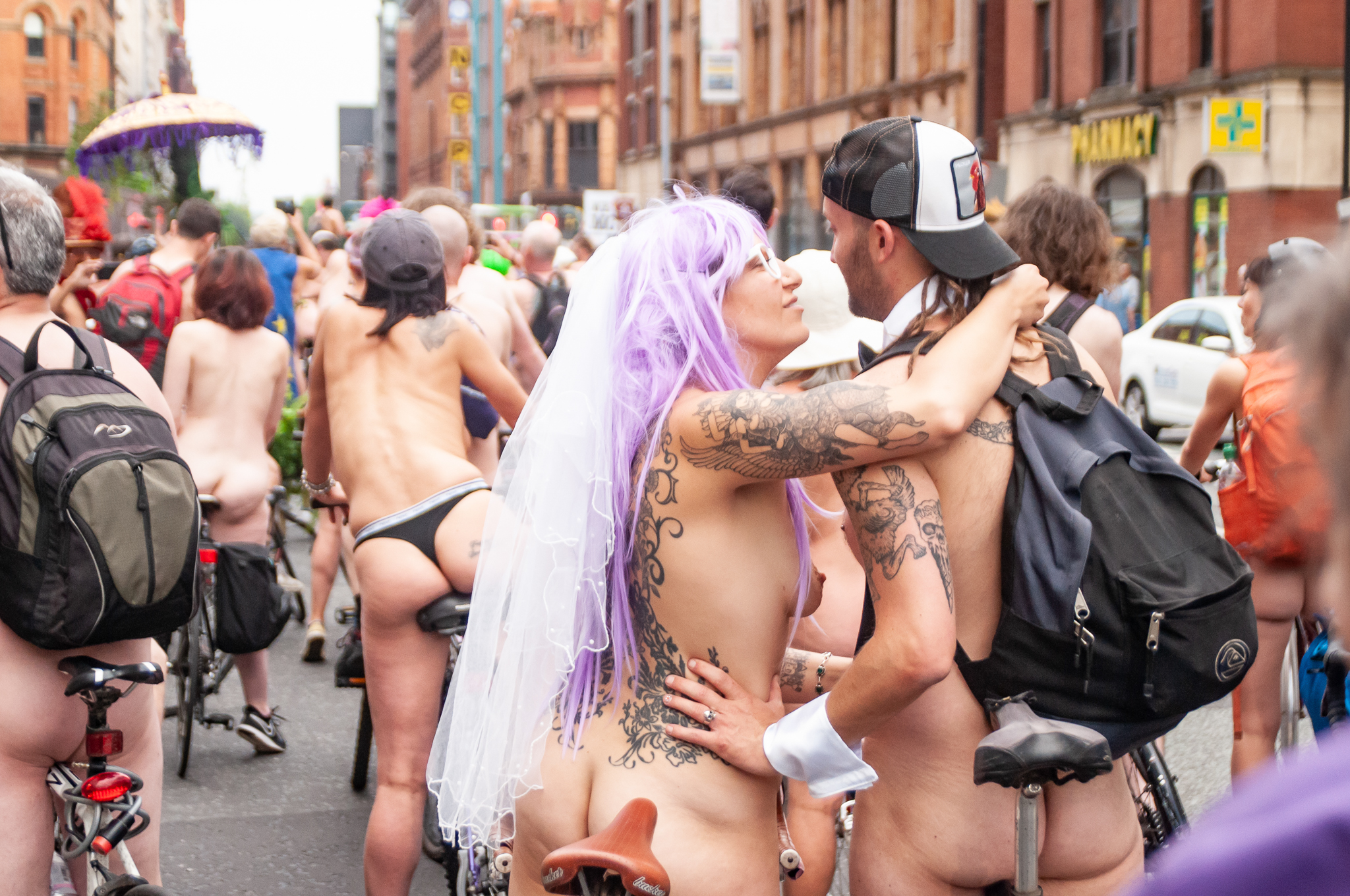 This was my fourth WNBR, having been invited to photograph the first by Rebecca Warren, a woman whom I had photographed for her business profile when she was in her office. I admit to being a little taken aback when the second time I saw her she was being body painted for the naked bicycle ride around Manchester. Although not commissioned to do the photography, I saw it as a challenge and a lot of fun.

There is a serious point to the event, which happens in over 70 cities around the world, that is to draw attention to the depletion of fossil fuels, pollution, and road safety for cyclists.People take part for all sorts of reasons, some of whom are there just for the fun of doing something they wouldn't normally be allowed to do.

The Manchester Police are very relaxed about it and the riders are happily allowed to marshal themselves.The 6 mile route. which cris-crosses the city centre, is slightly different every year, but it starts and finishes in the same place and, for the last four years, it has gone along Canal Street, the famous heart of Manchester's LGBT community.This is my favourite location, where you are guaranteed to get reactions from some colourful characters.

I plan my route, which is on foot, to be in strategic places ahead of the peloton, making sure I include Canal Street, which is near the end of the ride.

the highlight for me in 2018 was the participation of newlyweds, Sammy and Adam, who were married earlier that day.